Seven of the leading consumer groups in the United States, the American Antitrust Institute, Consumers Union, Families USA, The National Legislative Association on Prescription Drug Prices, Consumer Federation of America, US PIRG and Community Catalyst wrote to Speaker Pelosi and Majority Leader Reid asking Congress to include a per se ban on reverse payments in the revised healthcare reform legislation.
Here is the official press release from AAI

(WASHINGTON, DC)  The American Antitrust Institute (AAI), along with Consumers Union, Families USA, The National Legislative Association on Prescription Drug Prices, Consumer Federation of America, US PIRG and Community Catalyst, sent a letter to Speaker Pelosi and Majority Leader Reid today urging Congress to include a ban on exclusion payments in pharmaceutical patent settlements in the final health reform legislation that both the House and Senate will consider soon.

During the past decade, some branded and generic pharmaceutical firms have entered into settlements in which the branded firm pays the generic firm not to enter the market.  These arrangements, known as exclusion payments or pay-for-delay settlements, can significantly impede the entry of generic drugs.  The Federal Trade Commission estimates that these settlements cost consumers $3.5 billion each year.  Efforts to stop these exclusion payments through antitrust litigation have had mixed results, making legislative action necessary to restore marketplace competition to benefit consumers.

“Attacking the exclusion payment problem is a critical element of health care reform,” said Albert Foer, AAI president “Because of these exclusion payments, consumers have paid billions more for drugs, and have been denied the competition and low prices they deserve.”

The letter was delivered as Congressional leadership prepares to finalize a bill for consideration by both the Senate and the House.  The question of patent settlements, in particular, has gained some attention as of late by those unsatisfied with the lack of a ban in the Senate health care bill.  Just a few weeks ago, Senators Kohl, Klobuchar, Shaheen, Franken, Dorgan, Johnson, Brown, Feingold and Begich wrote to Senate leadership with the same message:  exclusion payments in pharmaceutical patent settlements should be banned.

Today’s letter encourages Congress to go a step farther than simply banning the exclusion payments, calling on lawmakers to address the root cause of the problem:  the 180-day exclusivity period awarded to the first-to-file generic manufacturer.  This highly profitable period serves as the main incentive for a branded manufacturer to enter into an arrangement with the generic challenger.  By allowing other generic manufacturers to share in this 180-day exclusivity period when they successfully challenge a patent, Congress has the opportunity to encourage more robust competition in the market for generic drugs.
###

About the American Antitrust Institute
The American Antitrust Institute is an independent non-profit education, research and advocacy organization. Since its formation in 1998, the AAI’s mission has been to increase the role of competition, assure that competition works in the interests of consumers, and challenge abuses of concentrated economic power in the American and world economy. To learn more about the AAI, please visit www.antitrustinstitute.org 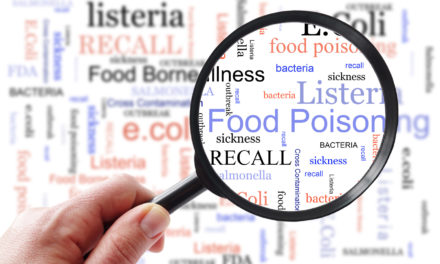 How to successfully navigate the FDA site inspection process

What is Environmental Monitoring and Why it is So Critical

What You Need to Know About Vendor Audits

The Importance of a Competitive Analysis