So what’s with all of the buzz on Ebola vaccines and how will it impact the future of this outbreak?

The overwhelmingly and ever increasing amount of buzz surrounding Ebola is undeniable. Although this is not a new concept or topic of discussion in the newsroom, there seems to be no letting up as the continuous circulation of news coverage wavers on.

News of a high-level World Health Organization (WHO) meeting was announced weeks ago and from that point, the speculation and discussion have only continued to develop.  During the meeting, the leaders of WHO collaborated on the ways in which to establish a sensible approach to combat and stop the spread of this deadly outbreak. So what are your thoughts on the vaccine discussion? Let us know here  !

“A high-level emergency meeting, convened by WHO at the request of several governments and representatives of the pharmaceutical industry, was held on 23 October to look at the many complex policy issues that surround eventual access to experimental Ebola vaccines.

Ways to ensure the fair distribution and financing of these vaccines were discussed in an atmosphere characterized by a high sense of urgency. This sense of urgency was conveyed in many ways – from plans for the different phases of clinical trials to be performed concurrently rather than consecutively, to suggested partnerships for expediting clinical trials, to proposals for getting all development partners moving in tandem and at the same accelerated pace.

More than 90 participants, including some of the world’s leading scientists, came, on short notice, from national and university research institutions, also in Africa, government health agencies, ministries of health and foreign affairs, national security councils, and several offices of Prime Ministers and Presidents. Also represented were national and regional drug regulatory authorities, the MSF (Doctors Without Borders) medical charity, funding agencies and foundations, the GAVI Alliance for childhood immunization, and development banks, including the African Development Bank, the European Investment Bank, and the World Bank Group.

Impact of vaccines on further evolution of the epidemic

The meeting concluded that vaccines will have a significant impact on the further evolution of the epidemic in any scenario, from best-case to worst-case.

The meeting concluded that funding issues should not be allowed to dictate the vaccine agenda. The funds will be found.”

For further technical information regarding the Ebola vaccine debate, reference Dr. Nigel J. Smart’s publication, Lean Biomanufacturing. His noteworthy publication provides a high-level understanding of the various scientific approaches that can be utilized within manufacturing processes of this nature.

Feel free to reach out to Smart Pharmaceutical Consulting at [email protected]up.com to start the conversation and gain further insight into Dr. Smart’s views on the Ebola epidemic. 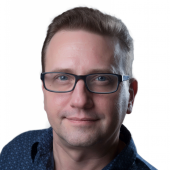 Striving For A Change

The 6 Crucial Principles in Pharmaceutical Leadership

Lean Manufacturing for the Competitive Edge