How Do Pharmaceutical Companies Develop Value in These Current Times?

The answer to this question is simple: pay more attention to innovation and not so much to marketing.

Even though big pharma has developed big mergers to support its business infrastructure and best-selling products, it still hasn’t found a solution for the need to develop new business models to address its main problem: the inability  to create unique treatments.

Today, big pharma is suffering due to dry product pipelines, the gruesome competition of generic manufacturers, consumer worries about safety, marketing statements that are not true, and the threat of the government’s increasing role on the purchasing and pricing of drugs.

The healthcare reform has been at the center of the public eye, but drug companies have remained in the background.  In return for promising the Obama administration they would contribute $80 billion in savings to aid in the financing of the proposed reform, the industry’s basic pricing structure would not be touched by the restructuring.  Basically, they avoided the hit and are low in profit growth; nevertheless they are lucky because there are many people in Congress that want to hit them harder.

By expanding the coverage to more than 40 million people that are not insured, the industry will gain a larger customer base and the profit growth would mean pure profit since the cost of creating a medicine is not based in the drugs production but in the research that goes into discovering a new medicine.  Eventually, there could be government demands on pricing, and the launch of new products will be subject to more inspection based on cost through public insurance or exchanges. With all these changes going on, it is certain that the drug industry will be closely regulated after the reform is approved.

Marketing practices are also being inspected at state and federal levels.  The states are tightly restricting the way in which drug marketers relate to doctors. They are putting limits to the gifts and other ways they used to stimulate the prescription of one drug over another.  The states are working on establishing programs where educators, with no specific economical interest, will visit the doctors to keep them informed about new treatments.  We are seeing much more monitoring of direct advertising to the customers due to safety problems.

Clearly, there are new ideas being born that could create a meaningful change for the industry, like the fact that pharmaceutical companies are joining forces with biotech companies to create more sophisticated biologically based drugs and products Which may be easier to protect.  Biotech companies are small operations based on science, making them more groundbreaking than the traditional big companies.  In fact, in the next 10 years, large companies will invest more in small research-based operations for new  products, and will reduce or redirect expenditures on centrally based R&D and marketing..

Life sciences consulting firms agree that pharmaceutical companies should start emphasizing the comparative effectiveness of one drug over others for a specific treatment through the use of clinical trials and government approvals, even in the face of the risks this poses.  By keeping up with the actual marketing strategy, companies will only strengthen the already growing customer distrust.  Instead of fearing comparative effectiveness, companies should understand it and use it rationally; their focus should be innovation. 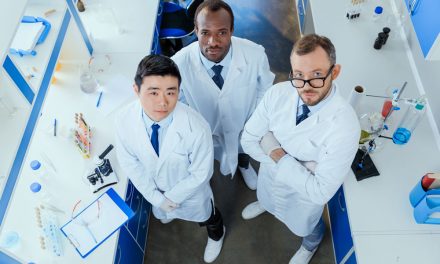 Lean Enterprising; A term coming of age in the Implementation of Lean in the Life Science Industry

Pharmaceutical Marketing Strategies towards Physicians Are Not Trusted

The Tremendous Value of a Virtual Organization