Progress Of Single-Use Systems In Bioprocessing

Would switching most bioprocessing streams to disposable components be a net positive or negative proposition for the environment? Which bioprocesses can feasibly be moved toward the use of disposables?

The scale of disposable process streams in great part determines how possible it is to incorporate disposable components. Highly bioactive compounds, personalized medicines or small clinical batches – all small volume production streams – can be done in disposable systems from beginning to end. However, any large-scale production, for example 10,000 to 20,000 liter batches of monoclonal antibodies cannot be made entirely with disposable components – at least not economically. Anything in between the largest scale and the smallest scale can be worked out using hybrid systems that combine disposable and fixed elements.

As far as the environmental question is concerned, one would think that disposable bags containing remnants of chemicals and other hazardous substances could not possibly be good for the environment, however, the net effect of using disposables is quite positive.  The FDA has examined single-use manufacturing components and has not found the need for any new regulation or guidance over its use. This may seem impossible to those who are skeptical about government, but the fact is that, from a regulatory perspective, these equipments represent better containment and lower risk of batch-to-batch contamination, among other benefits.

Single-use manufacturing techniques also make it easier to dispose of a lot of the hazardous and toxic materials that are usually tougher to clean out from process lines.

Pharmaceutical consultants have had their plate full with requests from numerous companies wanting to start studies on the successes and failures of single-use systems. One area where research has increased markedly in order to give disposables even higher acceptance is in the testing for detection of extractables and leachables from the plastic materials which they are made of. Most are made from polyethylene film that is low in extractables and leachables.

Current challenges, though, include the lack of standardization for disposable ports and connectors. Producers are trying to standardize their systems on a few select tubing sizes or rely on customized products. However, today it’s likely that most of them will have to work with a dozen or more manufacturers of disposable products in order to accomplish their production objectives.

For example, the transfer of sterile fluids between steamable, hard-piped processing systems and sterilized disposable systems is an area where several manufacturers have concentrated by creating a 1 inch standard connector.

A lot of work lies ahead, but the trend toward expanded use of disposable systems is well established and the entrepreneurial phase of this industry is coming to maturity. Standardization, increases in volume handling, and elimination of leachables/extractables risk are three areas where manufacturers are concentrating in order to make single-use systems an easier alternative for every bioprocessor.

If you enjoyed this article, please feel free to post it to your site or blog and forward this link to your friends. Have a great day!

Lean Manufacturing for the Competitive Edge

The Role of Interim Monitors in Divestitures 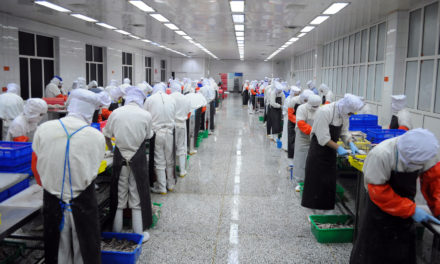 Manufacturing Supply from Asia. At what point does this put the US Healthcare consumer at risk?