Influenza of the Future

Ever since the Swine Flu scare of 2009, governments all over the world aren’t pulling any punches in the inevitability of a real pandemic event.  The potential public-health risk posed by a real pandemic event would be altogether catastrophic in many parts of the world, especially in third world countries.  The only hope for governments to stand any chance against a serious influenza outbreak would be to have a multitude of vaccines already available to the public, to fulfill their needs if the worst were to happen.

However, for governments all over the world to have the financing for all that this would entail, as well as be able to prepare for an ever-changing and evolving virus, would be pretty much impossible.  So what are the governments’ plans around the world for such an outbreak, but more importantly, are there any plans at all?

Governments around the world do have standing procedures to follow if an influenza outbreak, like the one of this magnitude, would break out.  Their standard procedural plans include trying to quarantine as many sick people as possible, and try as fast as they can to administer a working vaccine.  However, in pandemic cases like these, the new virus could spread so quickly that much of the population could be infected in a matter of weeks.  This is why it is so vital to your health care options to be able to have vaccines in place that can take on the viruses of the future.

Scientists all over the world are scrambling everyday to advance viral biology in such a way that pandemic outbreaks like these could be things of the past.  Scientists today are developing wide ranging viral technology that could help increase infection response vaccinations, if a large event were to break out.  Scientists hope in the next 20 years to have enough viral technology that in the case of any large viral outbreak, they would be ready for it.  But is this even a possibility concerning the wide variety of diseases and viruses that could break out at any time?  Some experts aren’t so sure.

Experts in the pharmaceutical industry don’t necessarily feel the same enthusiasm.  They know for a fact that for the process of any vaccine to be created at such a wide scale, it could take months to years in testing and production, especially at that magnitude.  Any pharmaceutical consulting firm will tell you, it’s just not a feasible plan.  The only hope for such an event would be for the pharmaceutical industry and governments around the world, to have an active and ready plan with vaccines already made and ready to be distributed.

The only problem with this is being able to have enough different varieties of vaccines available, to be able to have the right vaccine needed, already in stockpile.  This is, however, unlikely.  But with the latest breakthroughs in modern science, and a new attitude towards disease preparedness, governments and the public may have reason to be hopeful as we move into a new technological age. 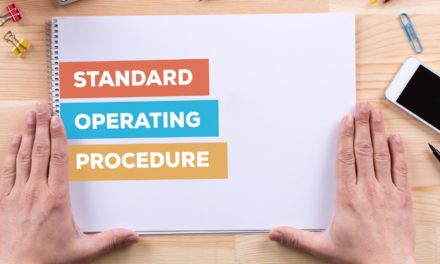 Progress Of Single-Use Systems In Bioprocessing