The Benefits of Using Pharmaceutical Consultants

Today in the pharmaceutical industry things are tough, and getting tougher – especially for smaller companies. Companies are faced with the daunting task of buckling down and finding ways to operate much more efficiently. Every penny has to be squeezed out of each dollar invested in R&D, production, distribution, marketing, and sales. This is where pharmaceutical consultants can help.

Up until a few years ago, the pharmaceutical industry enjoyed healthy profit margins. Now, however, the pressure is on due to increasing production costs, heavier regulatory compliance burdens, and competition from generic brands – although the picture isn’t too rosy for them, either. With that in mind, let’s take a look at a few illustrative scenarios that just might indicate areas where pharmaceutical consulting can move companies toward improved profitability.

Production costs are up, and pharmaceutical manufacturers are increasing prices as a result. Wholesale prices for the top 50 branded drugs increased by 7.82% in 2007 – almost double the annual US inflation rate. This increase follows on the heels of price increases of 6.73% in 2006 and 6.22% in 2005. Some drugs saw price increases in the double digits over a three year period. For example, from 2005 to 2007 Sanofi-Aventis raised the price of Ambien 70.1%, Glaxo increased the price of its Welbutrin antidepressant 44.5%, and the price of Shire’s Adderall XR was boosted by 33.5%.

Pharmaceutical companies are raising prices in anticipation of, as well as to compensate for, patent expirations. Price increases are also used as a proactive countermeasure against unpredictable changing government regulations. Experienced pharmaceutical consultants, however, worry that these price-boosting tactics may ultimately prove to be counterproductive. In a desperate bid to stay afloat and remain profitable, these companies may be raising prices beyond what the market can bear ultimately pricing themselves further into the red.

In 2008 the Massachusetts House and Senate passed a piece of legislation called the Health Care Cost and Quality bill. This bill calls for drug companies to declare payments made to healthcare providers of $50 or more. Another part of the bill requires the state’s Department of Public Health to establish statute limitations with respect to marketing – that is prohibiting collateral materials, limiting travel support, meals, and gifts. Additionally, a $5,000 penalty for each violation is attached to this bill. According to informed pharmaceutical consultancy experts, this is very likely an alarming harbinger of additional, widespread legislation of the same cost-increasing kind.

Then there are the generic drugs, which had boasted double-digit growth until very recently. In 2008 the rate of sales growth for generics had slowed to 3.6% from 11.4% year-over-year. While some of this decline can be attributed to less patent expirations for blockbuster drugs, much of it is owing to sharply increasing competition that drives prices down. If generics are doing poorly, that certainly doesn’t bode well for branded drug manufacturers.

How can pharmaceutical consultants help? They can evaluate procedures, expenses, marketing and sales tactics, and then devise and implement the strategies needed to restore business health to drug manufacturers. Pharmaceutical consulting firms can also assist companies, especially smaller manufacturers, in gaining the competitive edge that will allow them to improve profitability and grow even in today’s tough market.

Metrics and their Importance in Lean Biomanufacturing 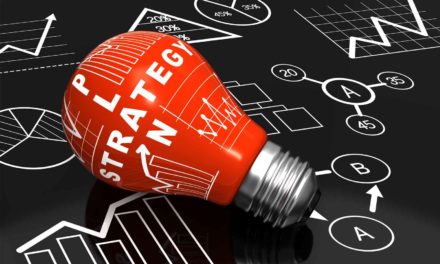 Building a Successful Lean Strategy for your Medical Products Company

SCG’s thoughts on the last 10%